Year 11 and 12 students from the Hospitality and Kitchen Operations VET program were ‘on duty’ at a recent staff event at Wurun Senior Campus.

As part of their VET studies students need to complete 40 hours of work experience, with this event contributing to those hours.

Thank you to students for excellent food and service, including those students not pictured who helped behind the scenes. And thank you to Chef Judy for mentoring and supervising students. Fabulous to see hour students operating so effectively in a work setting.

To support sustainability and celebrate Schools Tree Day on 29 July, we’re inviting all students and teachers to enter the POEM FOREST Prize. For every nature poem received, we’ll plant a native tree at the Australian Botanic Garden.

Thanks for helping us grow the POEM FOREST and heal habitats for future generations. We can’t wait to read your students’ poems.

Yours in poems and trees,

On Thursday, August 4th, the two year 11 English Language classes from Collingwood College and Fitzroy High School visited an exhibition entitled ‘The World of the Book’ at the State Library of Victoria.

This exhibition coincided with our current study of the history and development of the English language. Students had the opportunity to view texts from centuries past including novels, religious texts, books of nature study, design and cartography, and even a 4000-year-old cuneiform tablet.

In addition, they viewed more recent works of scholarship and literature from Jane Austen, Dr. Martin Luther King Jr., Margaret Atwood and Shaun Tan. The students were excellent representatives of both schools and the Wurun Senior Campus.

Thank you everyone who provided feedback on the proposed SRT structure. We really appreciate you taking the time to get involved. The student representatives on School Council presented the structure to the Council with the feedback gathered and it was well received. Big thanks to Sholto and Siëm for their work!

This means that nominations are now open! Fill in the short form here (or on Compass for the print version) by August 5 to get involved!

We will be finalising SRT members during Week 5 of this term and plan to have our first official meeting by Week 6.

Some clarification based on feedback:

Three students fro the FHS 7-10 campus will be attending VicSRC Congress on September 2 which is taking place at Wurun Senior Campus.

VicSRC Congress brings together secondary students from across Victoria to unpack ideas and solve issues in the education system.
It is an opportunity for FHS students involved in the development of the Student Representative Team to build knowledge of how student voice and agency work at other schools.

We’ll make sure to update you on how it goes!

This semester our senior VCAL class is embarking on two major projects: In Personal Development Skills the class is working with industry mentors to create social enterprise concepts. Students will work in teams to generate feasibility studies, service models or product prototypes, marketing campaigns, financial analysis and market research. The unit will culminate with a pitch to mentors, school leadership and representatives from the Inner Northern Learning & Employment Network (INLLEN).

In Work Related Skills the class met today with a small production company who are providing mentoring and technical support with developing a short film. Aligned with the World Health Organisation’s Decade of Healthy Ageing, the film will focus on the positives of ageing in an effort to address negative stereotypes about growing older. Students are responsible for client liaison, concept development, storyboarding, filming and editing. The project is in collaboration with a number of external organisations including Healthily, Abound Communities (Rushall Park), and Meaningful Ageing Australia. A very full semester ahead for our Year 12 Senior VCAL cohort. Click THIS link to learn more about the United Nations Decade of Healthy Ageing initiative.

Calling on all Years 7 and 8 students who like to argue and to challenge their public speaking skills! Fitzroy High School needs you in our Junior debating team!

Fitzroy High School is offering students the opportunity to participate in the Debating Association of Victoria’s Junior Debating Program. This program is designed for first-time debaters, with a combination of professional coaching from the Association, exhibition debates, and practice debates against other schools. Participating students will be in teams of four or five, and will be supported by an FHS teacher who will work with the team as their coach.

The program runs over four evenings across late Term 3 and early Term 4. It will run at a near-by school from 6pm to 7.30pm. Precise dates, locations, and times will be available once the number of participating students is confirmed and teams are registered.

If your child is interested in participating in this program, please email Imogen at imogen.lazarus@education.vic.gov.au

Year 8 and 9 English started with a bang this term with a performance from the drama company, Poetry in Action. Three actors from the company performed a piece called United Nations of Poetry which showcased a range of poetic genres from all corners of the globe. Students watched as the performers explored love, war, grief, and hope through poetry. Poets whose work was featured included Matuso Basho, Maya Angelou, W. H. Auden, and even Midnight Oil (complete with Peter Garret impersonation).

It was wonderful to see students engage with the performance as a dynamic launch into their next area of study in Years 8 and 9 English: poetry.

A fundraiser for the Kids’ Cancer Project, groups of 4-5 students work together to create an engaging and original narrative – including illustrations! – in a 12 hour period. These narratives are not only entered into the competition, they also form part of an online library of stories for children to read whilst in hospital undergoing cancer treatment. All funds raised by competition participants through sponsorship go towards research into the prevention and cure of kids’ cancers.

Fitzroy High School’s 7-10 Campus will be participating in this competition on Wednesday 24 August, as part of our Book Week activities. Participating students will be excused from classes that day and will work in teams in the library, with the support of teachers.

If your child is interested in participating in this competition, please email Imogen at imogen.lazarus@education.vic.gov.au

Young at Heart is part of Heart of Thornbury (HOT); a Bridge Darebin initiative that connects local makers and small businesses with members of the community through hosting regular makers markets and an ‘online’ market platform. Young at Heart is HOT’s first ever youth makers market and will take place on October 1st at the Bridge Darebin Community Hall in Thornbury.

Bridge Darebin is seeking expressions of interest from young people to join the Youth Planning Committee for Heart of Thornburys first ever *youth* makers market: YOUNG AT HEART.

As a member of the Youth Planning Committee, you will get to play a key role in curating the YOUNG AT HEART makers market, with support from our lovely Heart of Thornbury team. You will have the chance to contribute to:

Committee members will be provided with ongoing support and practical skills for the role, as well as hands-on opportunities to build skills in a range of areas, such as event management; communications & marketing; and community engagement. 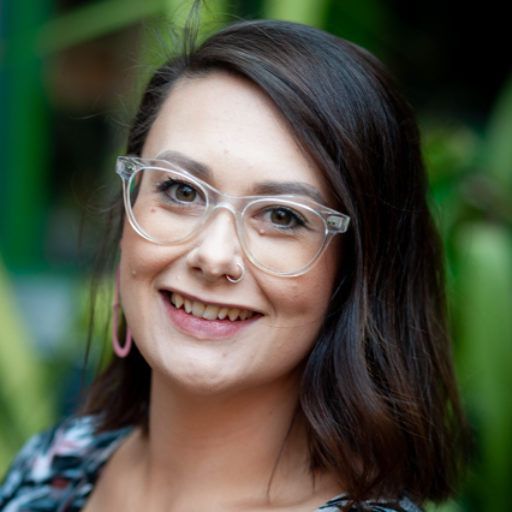 PLEASE NOTE: These tours are for potential enrolments – Wurun is a Senior Campus predominantly catering to Year 11 and 12 students from Fitzroy High and Collingwood College – We invite external families who may be interested in joining us to attend an upcoming tour of Wurun in action.
A GENERAL COMMUNITY OPEN DAY WILL BE SCHEDULED SHORTLY